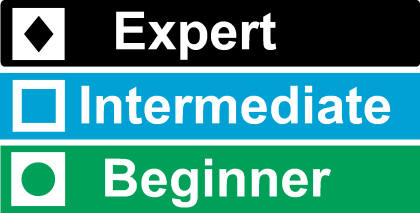 I’ve been working toward expertise in various areas for most of my adult life. In college, I pushed myself to master a challenging technical field (electrical engineering); after graduation, I pursued professional roles that allowed me to learn from some of the best minds in the industry. Then, as my career evolved, I invested in building expertise in sales, marketing, people management, and now executive coaching.

We all want to be an expert. It feels good to understand the nuances of a topic or skill you’re passionate about, and greater expertise is typically correlated with bigger impact and more opportunities. But — expertise isn’t always the answer.

I began reflecting on the value and role of expertise after attending a fantastic event hosted by MomWarrior, an organization that helps women and companies address the many challenges facing professional moms. The theme of the event was Building Allyship with Men, and the lightning talks featured an incredibly diverse roster of speakers representing a wide range of ages, racial and cultural backgrounds, and gender and sexual identities.

These individuals were true experts on diversity and inclusion. Not only had they experienced the effects of bias and discrimination in the workplace, they were also able to share detailed, objective insights on topics like the correlation between workforce diversity and business productivity (more diverse companies are up to 35 percent more likely to achieve above-median financial returns, according to McKinsey), the World Economic Forum’s projected time to close the economic gender gap (217 years, as of 2017), and the impact of the fatherhood “pay bonus” (men with children may earn as much as 20 percent more than their childless peers) and motherhood “pay penalty” (women who have children before age 33 typically earn around 15 percent less than those who choose to wait or forgo kids altogether).

However, one of the most interesting talks was delivered by an older, white, male business leader who acknowledged that he’d spent most of his life benefiting from racial and gender bias. He even opened his presentation by telling everyone that when he’d been invited to speak, he’d had to look up “allyship” to make sure he understood what it meant. But far from making his story irrelevant, his lack of experience and expertise allowed him to share a unique perspective. He reflected on his mother’s status as a single working mom, and discussed how the challenges she faced had influenced his career. His thoughts on his role as an ally helped to round out the day’s conversation and created a larger sense of belonging.

After the event, that man’s words kept playing over in my head. I realized that out of all the stories I’d heard that day, his was the one I would pass on to my more privileged friends, family members, and colleagues. Although the other speakers had shared invaluable knowledge and deeply meaningful personal experiences, the voice of the least “expert” person in the room was the one most likely to connect with someone who’d never been personally impacted by bias. And because those who haven’t experienced bias tend to hold more power in society, the connections his story made were some of the most likely to incite change.

What’s the lesson in all this? For me, it’s twofold:

I’m applying the second lesson as I prepare for a speech I’ll be delivering to an international technical audience later this year. The recipients of the talk will be technical experts — but they won’t necessarily be experts on Silicon Valley culture, which is the technical context I’ve become accustomed to over the last several decades. Because of that, I’ve asked a diverse group of colleagues to provide me with feedback, including individuals from middle America (to help me moderate my West Coast bias), and from Asia, Europe and Latin America (to balance my U.S. centricity). They’ll help me cut or explain jargon, revise terms and phrases that are unclear, and reframe examples that might not be common in everyone’s daily life.

As to the first lesson — I’m broadening my thinking around when, where, and how my perspective might be valuable, not only as an expert, but as an outsider or beginner as well. Where can I act as a bridge between true experts and those who have never been exposed to a topic at all, or who are just starting to learn? Who do I know whose expertise deserves a larger audience, and how can I help?

I’d encourage you to ask yourself these questions, too, and I’d love to hear where the answers lead you. I firmly believe that we can all benefit from striving for expertise; but I also believe we can each make a profound impact from exactly where we are today.

Finding a Balance Between “Big” and “Small”
E.F. Schumacher’s classic book 'Small is Beautiful: Economics as if People Mattered' calls on companies to prioritize social purpose alongside profits. Many corporate leaders echo Schumacher's thoughts about the importance of prioritizing social purpose while addressing the companies financial goals.
Why bring your “whole self” to work?

Career planning: Finding the confidence to say “no”

Think about the last time you said “no” to someone, either…